Ahead of Saturday's All-Ireland S/F Vs Waterford, Brian Cody and his selectors have named the team that will line out at 6pm in Croke Park.   It sees a number of changes from the team that started the Leinster Final against Galway two weeks ago. Following on from the news of Harry Ryan's sad passing away earlier in the week, there was further sad news for the hurling community in Kilkenny on Wednesday when news spread of the passing of Denis Heaslip, Knocktopher.   The family business on the village main street has been a well known landmark for years but Denis was well known as a former Kilkenny hurler winning All-Irelands in 1957 and 1963 beating Waterford on both occasions.

Kilkenny GAA would like to extend it's sympathies to Denis's brother Jack and to his extended family at this sad time.   Full funeral details can be found here.

Click here for an interview given to PM O'Sullivan by Denis only a short while ago which was published in the Irish Examiner.

Kilkenny GAA and Nemeton TV have joined forces once again to offer hurling fans the oppotunity to view all the Kilkenny hurling championship games that were stremed by Nemeton throughout the Autumn for a once of fee.

For €49 watch all the games from the comfort of your home over the long Winter evenings.   Click here to purchase.

The Kilkenny GAA community was deeply saddened on Tuesday to hear of the sad passing of Harry Ryan, Clara.   Harry was captain of the Kilkenny minors in 1975 and went on to become corner-forward on the All-Ireland winning team of 1983, scoring a point in the win over Cork.

We extend our sympathies to his children Liam, Jill and Seb, wife Mary and to the extended Ryan family at this sad time.   Click here for funeral details.

Kilkenny Coaching and Games in prepartion for 2021 outline details of the Club Turas Support Programme.   Click below for full details of this programme, something each club can benefit from in the year ahead. 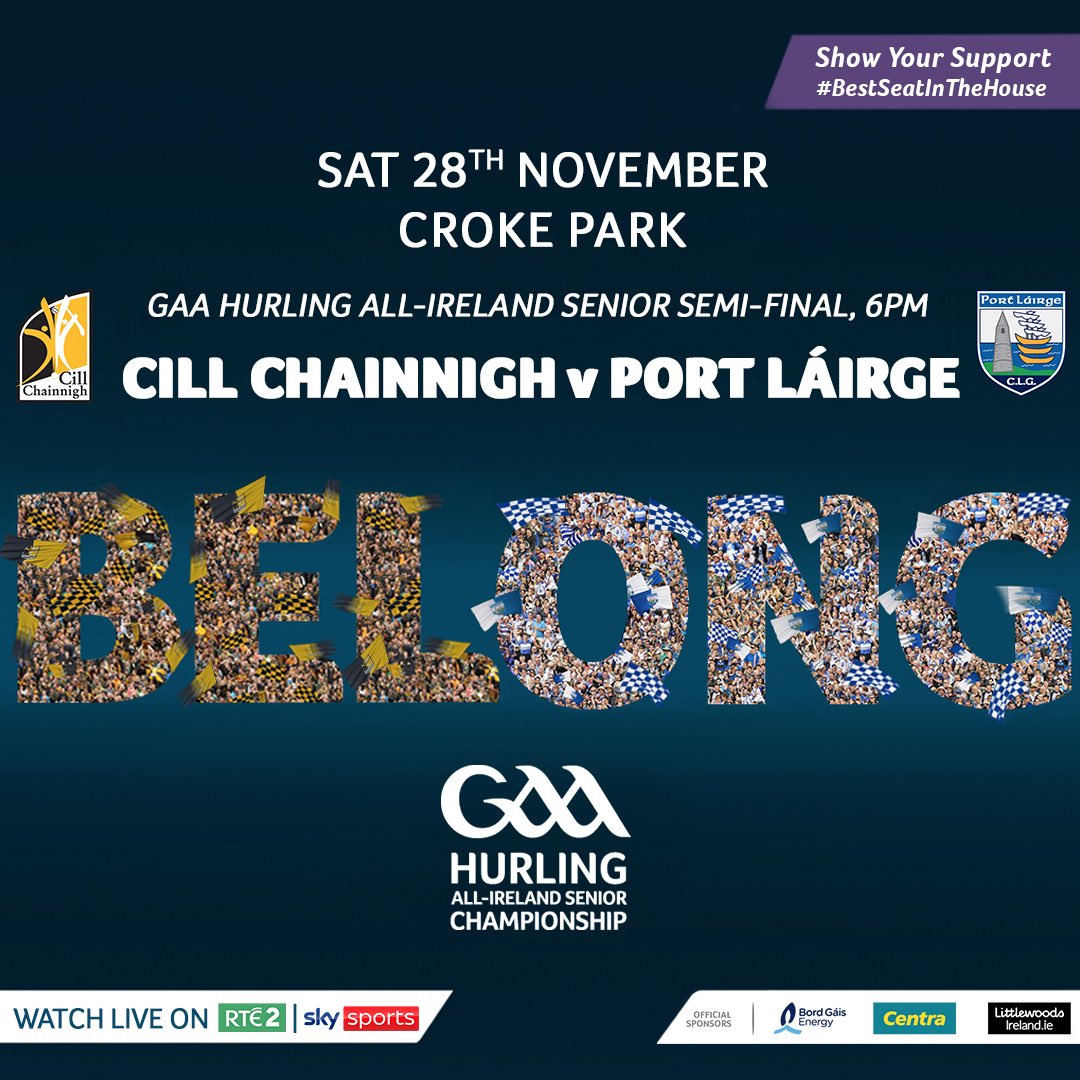 Kilkenny and Waterford will face off in the first All-Ireland Hurling semi-final of 2020 due to be played on Saturday evening next at 6pm in Croke Park.   The game will be live on RTE and Sky Sports.

Both teams will be hoping to line up an All-Ireland Final date with the winners of the second semi final between Limerick and Galway due to be played on Sunday in Croke Park.

Following a huge performance in Croke Park on Saturday evening Kilkenny were crowned Leinster Champions for 2020.   The game was tight for large parts but heading in to the final quarter Galway looked to be in control, ahead by five points but in a battling closing ten minutes saw Kilkenny clawed back that lead and went ahead just as injury time beckoned.

For the first time since 2016 the Bob O'Keeffe Cup is sitting on Noreside and an All Ireland S/F awaits in Croke park in two weeks time.

The Kilkenny team that will line out in tomorrow's Leinster Final Vs Galway has been named.

The game has a throw-in time of 6.15pm and will be live from Croke Park on RTE.